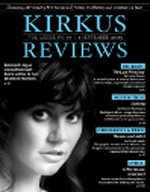 The Power to Excel book by Azuka Zuke has published on Amazon, Kindle, Audible, iTunes and Bookstores worldwide.

“A debut self-help guide that aims to put the power of change in readers’ hands”.- Kirkus Reviews.

What does the word “power” mean? To some, it might mean the ability to control another person, but to Obi, in this guide, power means the ability to control one’s self. Raised in a small village in West Africa, the author’s formative and young-adult years were fraught with difficulties, including abusive teachers, poverty and other hardships. However, his positivity never wavered due to his strict, demanding parents, who insisted that he succeed at everything he tried, despite the challenges. They pushed him to attend university in Africa, where he was often forced to go without food and other necessities. Through these difficulties, however, Obi learned the power of positive thinking and how people have the power to change their lives if they simply adopt an optimistic view. Obi managed to turn his own fortune around simply by focusing on the things he wanted and imagining that he had them, which in turn motivated him to work harder to create a better life. The author cites several examples of people who excelled due to their own determination, including Oprah Winfrey and Michelle Obama, insisting that “[t]here is no special formula for success. There is no advanced university degree….Success is only a function of dedication, struggles, hard work, learning, falling, rising, persistency, and consistency.” He reinforces this thesis by telling stories of his friends who persevered and ended up successful. Obi’s message is clear and inspiring, and it’s obvious that he deeply believes in his advice. His anecdotes are quick and focused, and the book, as a whole, is immensely readable.